Listen to an episode about Catholic social teaching on taxes. 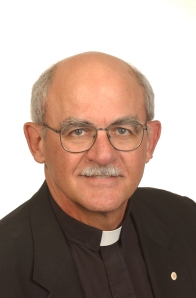 Jesuit Fr. Fred Kammer, a lawyer, author, teacher and retreat director based at Loyola University in New Orleans, where he is the director of the Jesuit Social Research Institute, explains Catholic social teaching on taxes and how US tax policy is too regressive and thus out of step with moral dictates dating back to ancient times which also have long been promulgated by the Catholic Church. Fr. Fred has advocated for social justice in many capacities, including as the president and CEO of Catholic Charities USA, the nation’s largest voluntary human service network. He now serves as director of the Jesuit Social Research Institute at Loyola. He is the author of  Doing Faithjustice: An Introduction to Catholic Social Thought (1991, Paulist Press);   Salted with Fire: Spirituality for the Faithjustice Journey (1995, Paulist Press, and 2008, Wipf and Stock Publishers); and Faith. Works. Wonders.—An Insider’s Guide to Catholic Charities (2009, Wipf and Stock Publishers).

Here is the excerpt Fr. Fred read from a favorite speech. It was given by the late Czech poet and president Vaclav Havel in 1986 at Liberty Hall in Philadelphia:

“Either we have hope or we don’t; it is a dimension of the soul, and it’s not essentially dependent on some particular observation of the world or estimate of the situation. Hope is not prognostication. It is an orientation of the spirit, an orientation of the heart … Hope, in this deep and powerful sense, is not the same as joy that things are going well, or willingness to invest in enterprises that are obviously headed for early success, but rather an ability to work for something because it is good, not just because it stands a chance to succeed … Hope is definitely not the same thing as optimism. It is not the conviction that something will turn out well, but the certainty that something makes sense, regardless of how it turns out. It is this hope above all which gives us the strength to live and continually try new things, even in conditions that seem as hopeless as ours do now.” [Father Fred notes that three years after Havel gave this speech the Berlin Wall fell.]

Also, salvaged from the cutting room floor (ran out of time!), here’s audio of Fr. Fred’s answer to the question, “How is New Orleans doing, economically?” 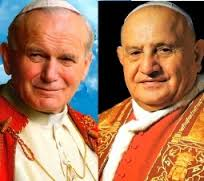 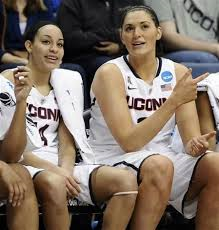 Below: photos from the Hartford parade celebrating the UConn men’s and women’s basketball teams’ winning all the marbles. The only other time a school won dual national championships was ten years ago — and it was UConn then, too. Two-hundred thousand people turned out for the parade and rally at the capitol — twice as many as turned out for Pope Francis’ Palm Sunday homily in St. Peter’s Square. Word is his holiness is working on his jump shot. 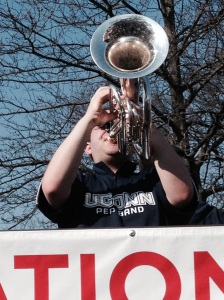 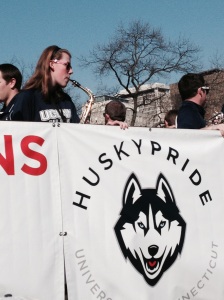 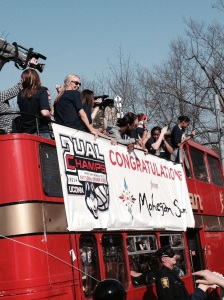 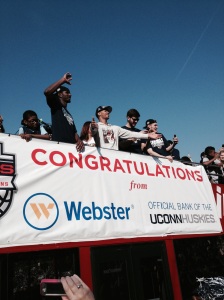 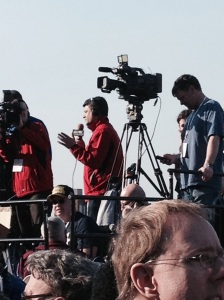 The band, the women, the men (Shabazz Napier with arms outstretched), and NBC 30’s sportscaster Kevin Nathan, who does a great job and happens to be Catholic!

Finally, with thanks and a hat tippo to my sister-in-law Sherry, here’s a video of an Irish priest serenading a bride and groom with his take on Leonard Cohen’s “Hallelujah”: 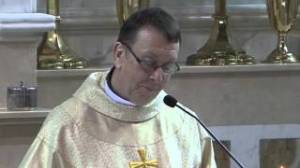 HAPPY PASSOVER AND EASTER TO ALL!