Three expert Vatican watchers weigh in on the future under our new pope:

Hofstra Prof. Phyllis Zagano, an expert in the history of women deacons, believes women may make some gains under our new pope.

She will be speaking at 7:30 p.m. on Thursday, March 21, at St. Joseph College on Long Island on “Women in Ministry,” as part of the college’s Institute for the Study of Religion in Community Life’s “Vatican II — 50 Years Later” lecture series. For information, call 631-687-1496 or email S. Suzanne Franck at sfranck@sjcny.edu. 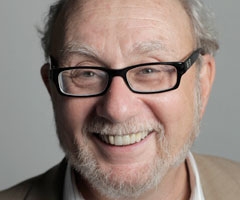 Prof. Mark Silk, director of the Leonard Greenberg Center for Religion and Public Life at Trinity College in Hartford, wonders:

Macchiavellian attempt by the cardinals to convince Catholics that the institution so reflects his simplicity and humility, that we should turn a blind eye to its doing business as usual? Find that column and more on Mark Silk’s blog, Spiritual Politics, at http://marksilk.religionnews.com/

Nice face. Choice of name bodes well, perhaps. Request for silent prayer: a moving moment. Too soon to tell what’s ahead. We live in hope. Yes, Pope Francis, you are in our prayers!

Peter Gottschalk, Wesleyan religion professor, who teaches a course called “Religions Resist Modernity” and is working on a book about religious intolerance.

Arthur Meyers, director, Russell Library and author of Democracy in the Making: The Open Forum Lecture Movement, about a model of American civil discourse.

Sung to the tune “Helpless” by Neil Young