Hofstra Professor Julie Byrne’s new book, The Other Catholics: Remaking America’s Largest Religion, 10-plus years in the making, explores “independent Catholics,” churches that are not formally connected to the Roman Catholic Church but which hold to the tenets of apostolic succession, the seven sacraments, and devotion to the saints.

Progressive-minded Catholics will take encouragement from her argument that it’s the most left-leaning of these churches — those which, for instance, allow same-sex marriage and female clergy – that are the Roman church’s future, its “research labs.” In fact, she points out, Roman Catholic priests are already turning to independent churches for help — such as when a couple wants to be married but the bride, say, has been divorced.

Independent Catholics are believers who love the Roman Catholic Church but who “are tired of waiting” for change.

“What we see now after all these years since Vatican II, with even the papacy of Pope Francis, it’s very clear there are limits to what Francis can change,” says Julie, “how fast the Roman church can change. There are Roman Catholic progressives as well as ex-Catholics who are really tired of waiting for the change. That is why the independent Catholic groups that have been working in small churches for all these years are seeing so much interest. They’re doing the changes already, such as ordaining women, open communion for the divorced and anybody, marrying LGBTQ, ordaining anyone, basically, and having open sacraments regardless of a person’s background. If he or she has completed the training, the sacraments are open. 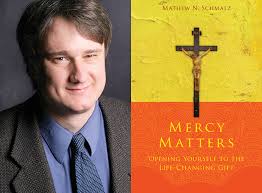 Mat Schmalz, professor at the College of the Holy Cross in Worcester, MA, an expert on global Catholicism, on the recent canonization of Mother Teresa.